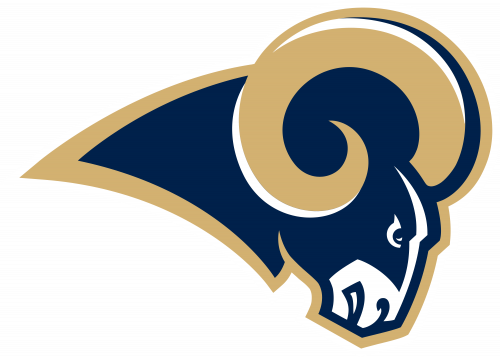 St. Louis Rams was the name of the professional rugby franchise, the Los Angeles Rams, from 1995 to 2015. The team was established in Cleveland, Ohio in 1936 and today is one of the most famous rugby clubs across the United States.

The period when the team played in St. Louis was very significant for its visual identity history, as there were two major logo redesigns, that brought new styles to the franchise, one of which can truly be called the most elegant and recognizable among all Rams’ logos.

The redesign of 1995 brought a bright text-based logo to the team. The bold blue “Rams” in the title case was accompanied by a smooth sophisticated blue arch in a yellow outline, with a thick horizontal line, having its left side pointed, where the “St. Louis” lettering in yellow was placed. It was a pretty simple, yet confident and well-balanced logo, which stayed with the franchise for four years.

The new century brought a completely new style and image to the franchise’s visual identity — the iconic ram was redrawn in a modern way, with sleek clean lines. The color palette of the animal’s profile was navy-blue and dark gold, a combination, evoking a sense of excellence, grace, and expertise. There were also some white accents on the ram’s face and horns. 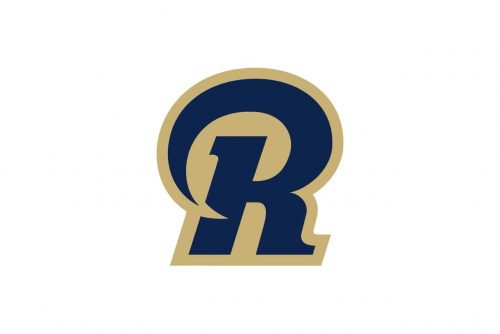 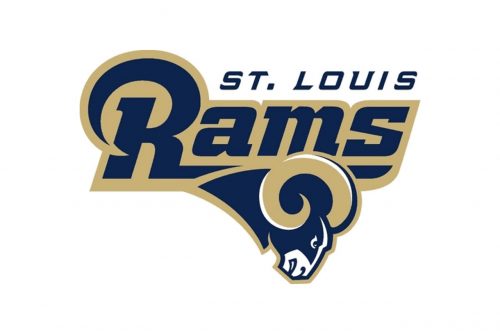 Besides the official team’s logo, there was also a very elegant emblem in use by the team during that time period. A custom drawn capital letter “R”, with its upper part surged like the ram’s horn, was executed in navy blue and placed on a dark gold background, repeating the contours of the letter. 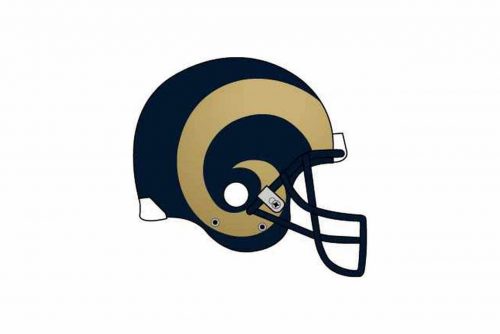 There where two different color schemes in which the helmets of the team were ex-ecuted from 1995 to 2015. The first one featured a bright blue background with juicy and fresh yellow horns on the sides. The second design was created in 2000 and featured a darker and calmer shade of blue and golden horns, balanced by a dark blue grill. 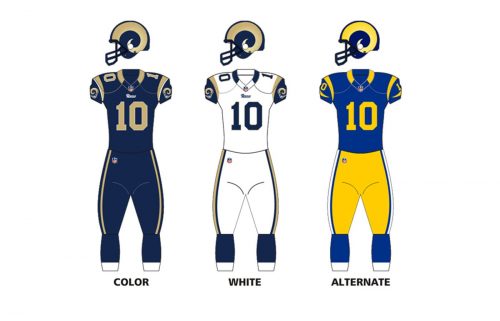 The team’s uniform of St. Louis period was executed in navy-blue, dark gold and white color palette, where the jerseys were blue with golden numbers, and the pants alternated from white to blue with thick gold stripes on the sides.