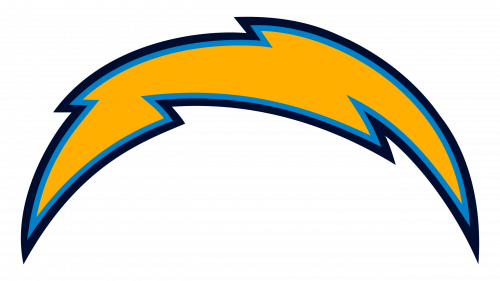 San Diego Chargers was the name of the today-famous professional rugby fran-chise, the Los Angeles Chargers. The team was established in LA, California, 1960, and relocated to San Diego in 1961, where they played until 2016 then they came back to Los Angeles again.

Except for the first years of playing under this name, the team has been using one and the same iconic arched lighting logo in different color combinations. There were several variations of blue yellow and white, starting with light shades and fresh white, and finishing with the intense yellow in a double blue outline, which stayed with the team until 2019.

So the very first logo of the San Diego period was the classic shield with its upper part arched to the inside and having a pointed peak. It was a shield, designed in 1960 for the LA Chargers, but slightly changed and modified — the LA lettering was removed and the color palette was lightened up.

The profile of the light blue horse, looking to the left, was placed on a white part of the logo, having white lightning in a blue outline under it and overlapping blue and yellow bottom shield part with the white “Chargers” inscription.

The arched lightning bolt first appears in 1974, and its original color palette was dark yellow in a thin white and blue outline. The bolt was placed on a bright blue helmet, looking fresh and cools

In 1988 the lightning became more elegant and modest — its contours were refined and thinned, and the color palette was changed to white, while the main blue gained a darker and calmer tone.

The redesign of 2002 kept white as the main color, but made the outline brighter — now it was a thin dark blue from the inside and a thick yellow from the outside, re-sembling of shining and flashing.

Last but not least logo for the San Diego Chargers was created in 2007 and stayed until 2019 when the team has already changed their name to Los Angeles Chargers.

The arched flashlight was now executed in a dark yellow shade with a double out-line — light and dark blue. 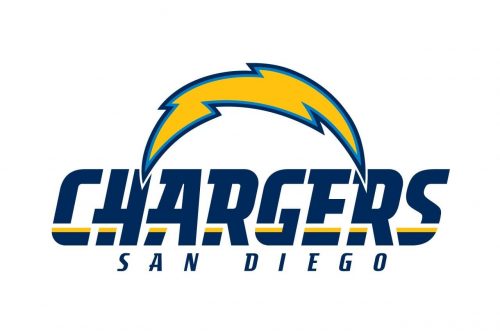 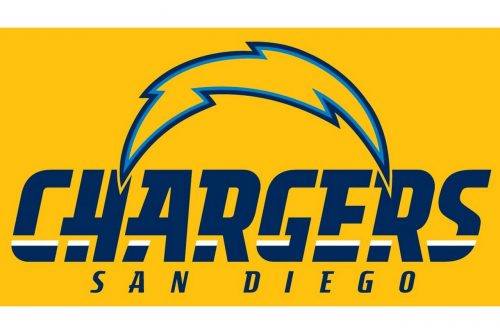 Even though the horse image left the official logo of the team in the 1970s, it stayed on the team’s emblem until 2001. It was a stylized shield in dark yellow and blue shades, where the detailed blue and white horse profile, turned to the right, was placed on the yellow upper part, above an enlarged while lightning bolt. 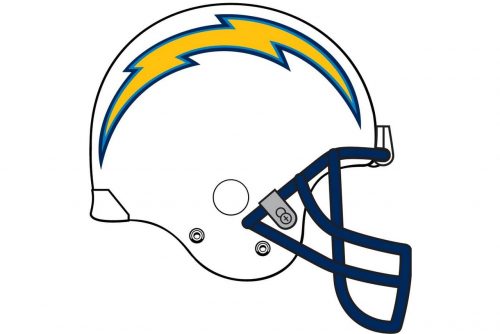 The helmets of the San Diego Chargers franchise featured a navy blue color with yellow grill, which was later changed to blue. The white, yellow, and blue lightning bolt was placed on the sides of the helm. 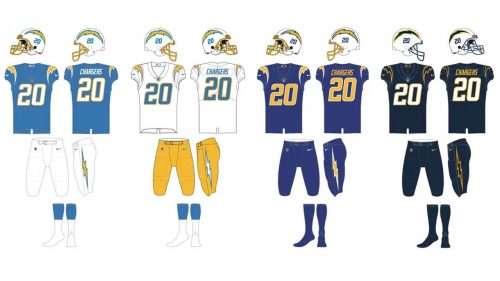 The uniform of the team consisted of a navy-blue jersey with white numbers in yel-low outline and a small decorative element in the same two colors. As for the pants, they were snow-white and boasted blue and yellow vertical side stripes.