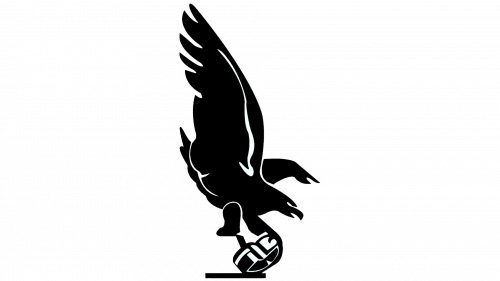 Phil-Pitt Combine was the mane of the rugby team, which was created in 1943 for a season in NFL, through a merger of Pittsburgh Steelers and Philadelphia Eagles. The team was pretty popular and got a nickname “Steagles”, derived from the two teams’ names.

The merged team was created only for one season, it still has numerous fans, and its visual identity, designed in 1943 is not only composed of the official logo but has also an additional emblem and alternate logotype, along with numerous unofficial logos and fan artworks.

So the official logo for Steagles was created in 1943 and depicted a black eagle, with his wings spread up. The wild bird was holding a black and white rugby helmet in his claws.

Besides the official logo and its black eagle, Steagles’ visual identity was composed of one more image — it was a green flying eagle from the Philadelphia Eagles logo, flying to the left and holding the iconic Pittsburgh Steelers “Steelmark” medallion. 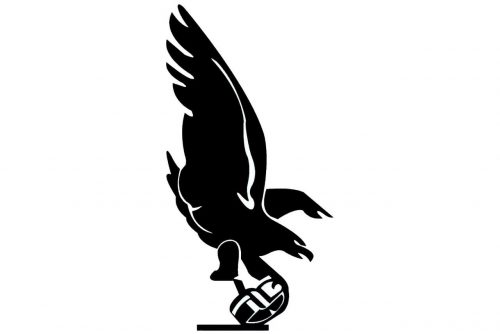 The main Steagles emblem was composed of a logotype — the team used a tradi-tional script typeface in white, with a thick underline, coming out of the last “S” — and a green and white football, placed under the inscription. It was a very simple yet strong and recognizable image in a calm yet bright color combination.

Another emblem, which was also used by the merged team, was a famous Steelers circular logo, where the upper yellow four-pointed Star was replaced by a green fly-ing eagle, and the “Steelers” inscription was changed to “Steagles” in the same black sans-serif. 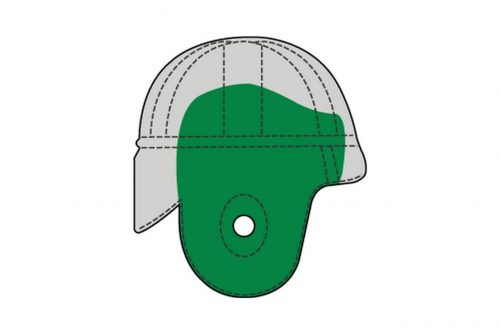 Not a single NFL team placed their logo on the helmets in 1943, though the Steagles’ leather helmet was instantly recognizable and unique — the green sides were placed on a calm gray background, combining two main colors — each form one of the teams.