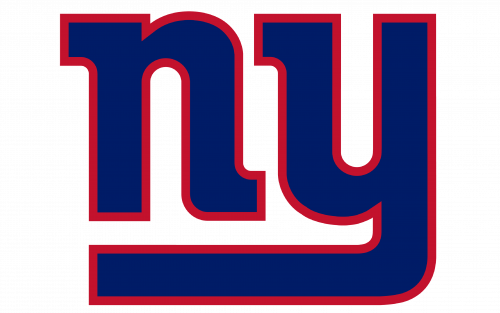 New York Giants is the name of the professional rugby franchise from the NFL, which was established in 1925. One of the oldest teams in the National Football League, the team is considered to be one of the most successful franchises of American footballs today the franchise is owned by John Mara and Steve Tisch and has Joe Judge as the head coach.

One of the NFL teams that have never changed its name, the New York Giants experimented with their visual identity until the 1960s when minimalist and simplicity won. The first three versions of the team’s logo were ornate and complicated, so the redesign of 1961 has become truly dramatic, celebrating the new era for the franchise.

The initial logo for the Giants was designed in 1945 and depicted a quarterback, who was throwing the ball. The player was wearing a red jersey and white pants and was placed inside a yellow circle. It was the most colorful logo amongst all the team even had. The “New York Football Giants” lettering in white capitals was placed around the perimeter of the circle and looked light and delicate due to the thin lines of its sans-serif typeface. This logo stayed with the team for five years.

In 1950 the contours and the color palette of the original emblem were redesigned. The image became cleaner and more modern, while the colors were switched to red (for the background), white and blue (for the image and wordmark). The uniform of the quarterback was low composed of a white jersey with blue “Giants” lettering and blue pants, the football was also colored blue.

The redesign of 1956 removes the circle from the logo. Now the upper part of the quarterback with a football is placed again the Yankee stadium draw. The whole logo is executed in a white and blue color palette, which looks fresh and professional at the same time.

As already mentioned, the redesign of 1961 brought a completely new style to the team’s visual identity. The image is replaced by a lowercase “NY” monogram in royal blue. The letters feature bold and solid lines and look minimalist yet strong on a white background. The tail of the letter “Y” underlines the “N”. The first monogram logo stayed with the franchise for more than a decade.

The logo, created in 1975 and composed of two capitals “NY” in bright blue and white only lasted for one year. It was a short and not the best experiment, but the team understood it fast and fixed their visual identity the next year.

In 1976 the team start using the “Giants” wordmark in all capitals as their main logo. The lettering features a bold italicized sans-serif, which looks simple yet stylish and professional. The inscription is colored blue and has a red outline, which looks great on a white background. This logo stayed with the team for more than 20 years.

The logo we all know today was created in 2000 and is a combination of two previous versions — the one from 1961 and the logo from 1976. The lowercase monogram “NY” is executed in calm blue and has a thin red outline. It looks modest yet evokes a sense of authority and excellence. 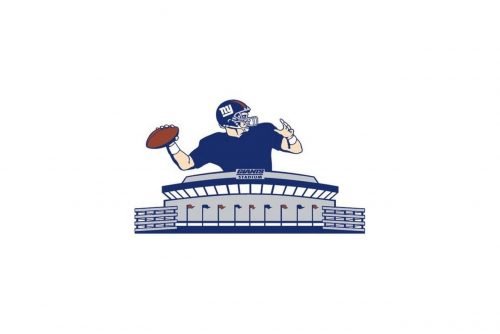 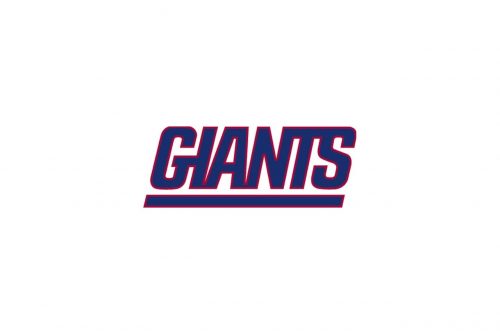 The team stopped using all the graphical emblems in 1969s and today it only has the iconic monogram, which is the main official logo, and the text-emblem, “Giants” in blue and red, which sometimes alternates with a plain blue inscription. 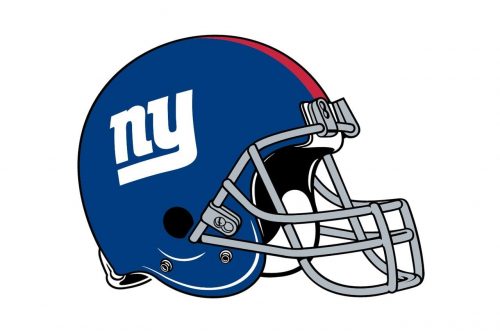 The New York Giants helmets are as simple and minimalist as their logo. The white “NY” monogram is placed on a dark blue background, looking powerful and bright. In the middle of the helmet, there is one red stripe and the grill is colored in silver metallic, which looks strong and confident. 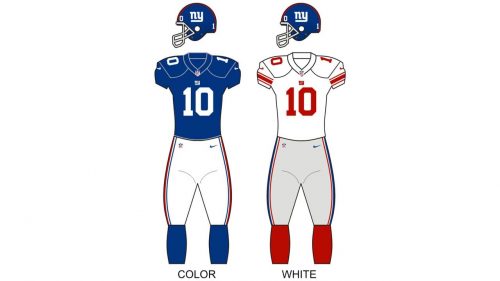 For their uniforms, The Giants use jerseys and pants in various combinations of blue, white, and red. The home outfit is composed of a dark blue jersey with white numbers and red delicate details, and white pants with blue and red side stripes.

The road uniform of the team looks a bit brighter with its white jersey, complemented by red details and light gray pants with red stripes on them.