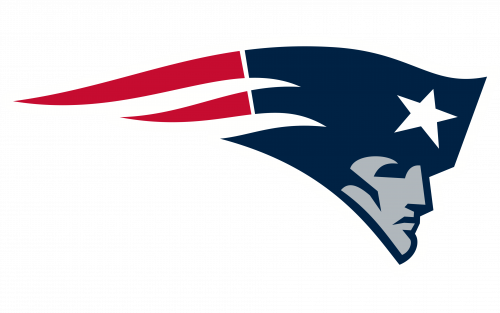 New England Patriots are a professional rugby franchise from the East Division of NFL, which was established in 1959 in Massachusetts. Today the franchise is owned by Robert Kraft and the team’s head coach is Bill Belichick.

The visual identity of The New England Patriots has always been a graphical reflec-tion of their name and their value of national heritage and legacy. Since 1971, the team’s official color palette has been composed of red, blue and white, the colors of the American flag. Only the very first logo of the franchise was different, but it only stayed for one year and transformed into a new one.

The initial logo for the Boston Patriots depicted a blue and white tri-corner-hat. It was a simple and laconic image, which perfectly reflected the mood and idea behind the naming of the franchise.

The redesign of 1961 brought the new symbol to the Patriots — it was a Minuteman wearing blue, white, and red closing, in the same Tri-corner hat, but in red now. The football on this logo version was colored red. 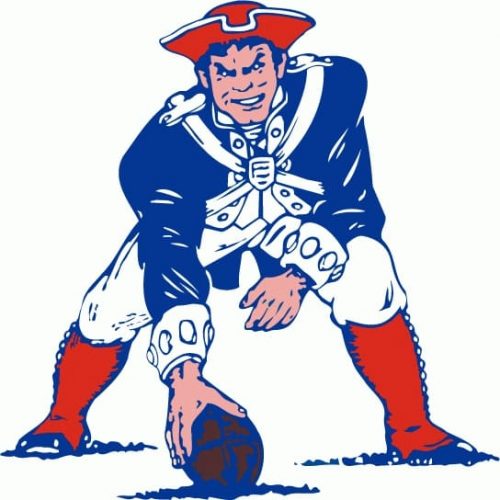 In 1965 the contours of the logo have been modified and the football gained a new color — brown and blue. The minute man’s hands and face also gained a natural pink skin tone.

The team kept the logo from 1965 after their name change to New England Patriots and it stayed with the franchise for more than 20 years.

The completely new image was designed by Ken Loh in 1993. The symbol depicting a profile of a man in a tri-corner hat, with its left part weaving as the flag, has become iconic. The hat is executed in blue and red with a white star in the middle.

The redesign of 2000 only changed the color palette, both blue and red gained new darker and more “royal” shades. In addition to the main logo the secondary mono-gram was designed — two overlapping letters, “N” and “E” in blue are accompanied by the same red weaving stripes as on the hat from the main emblem. The white star is placed on the top part of the letter “N”, adding recognizability to the monogram. 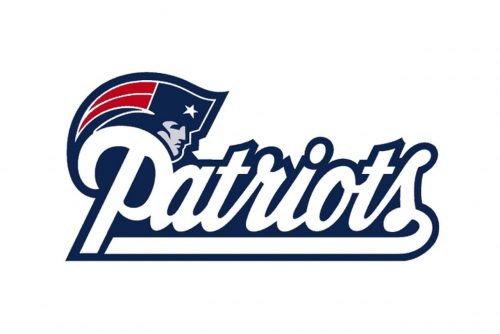 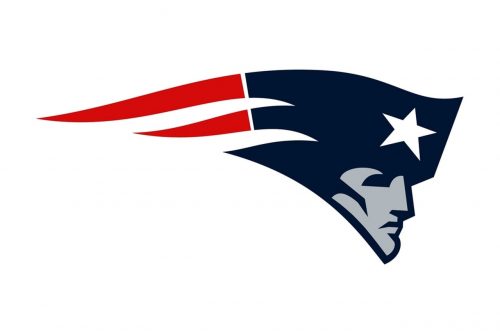 Pat Patriot, the minuteman from the original team’s logos, is the symbol and mascot of the franchise. The man symbolizes strength and power along with the patriotic mood and fundamental approach. The color of his clothing is a celebration of national spirit and love to the motherland. 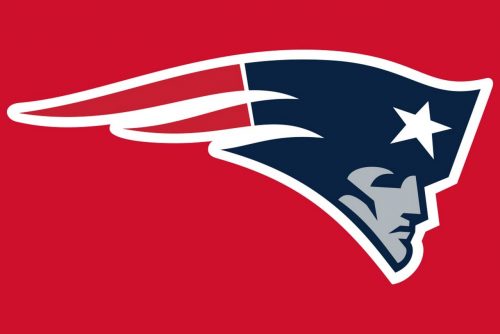 The image, designed by Ken Loh, was nicknamed “Flying Elvis” and on the club’s emblem, it is usually placed on a solid blue or red background and is sometimes accompanied by the script “Patriots” wordmark in white. 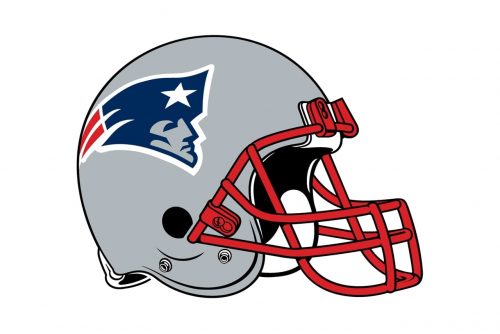 The two main features of a simple great Patriots’ helmet are a bright red grill and an enlarged Flying Elvis emblem placed on the sides. It looks stylish and bright, staying professional and authentic at the same time. 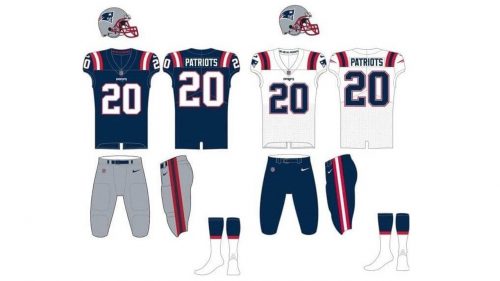 The color palette of the main Patriots’ uniform repeats the helmet design — blue jersey with white numbers in red outline feature delicate gray details, and the gray pants are complemented by the wide blue and thin red side stripes.

As for the road uniforms, the team wears white jerseys with blue and red details and royal-blue pants with red and white side stripes.