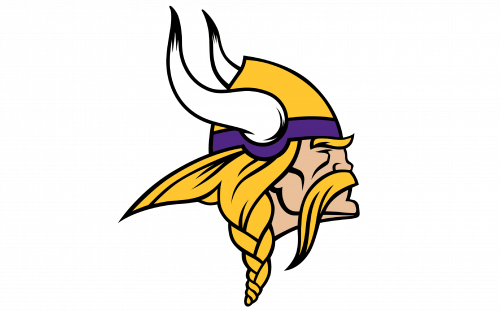 Minnesota Vikings are the name of one of the rugby franchises from NFL, which was established in 1960 in Minnesota. Today the franchise is owned by Zygi Wilf and the team’s head coach is Mike Zimmer. The team is considered to be one of the most popular and successful rugby franchises across the United States, but they have never won the Super Bowl.

The Minnesota Vikings are definitely one of the NFL teams with a minimum of visual identity redesigns during its history. Once created in 1961, the logo was only “facelifted” throughout the years. Sometimes the perfect image can be gotten from the first attempt, and this is exactly what happened to the rugby team from Minnesota.

The initial logo was created for the team by Karl Hubenthal in 1961. It was a profile of the Viking, looking to the left, executed in the white, yellow, and black color palette. The man looked strong and serious, reflecting the powerful character of the team and the style of their playing. The logo got the name “Norseman” and quickly became one of the most recognizable images in the history of American football.

The Norseman changes his direction and starts looking to the right, into the future, after the redesign of 1966. Another important change was made to the color palette of the logo — the Viking’s face gained a natural skin tone and the deep purple shade was added to the helmet. The horns on it were now colored white. This version of the logo stayed with the team for almost 50 years, which is truly impressive.

The redesign of 2013 brought only minor changes to the logo — the contours were modified and the Norseman’s chin was slightly lowered in comparison with the previous versions. The abs en e of small details makes the logo more contemporary and strong. 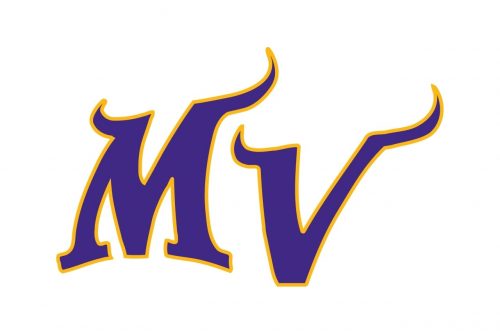 Besides the iconic Norseman, the team also has another logo, which is composed of two first letters – “M” and “V”, which are drawn in a stylized manner with their upper parts elongated and curved, just like the horns on the Viking’s helmet. The color palette of this image repeats the main logo — the purple body with the yellow outline. 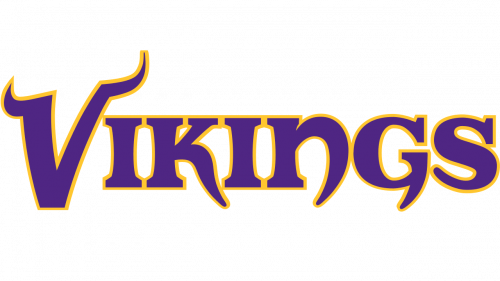 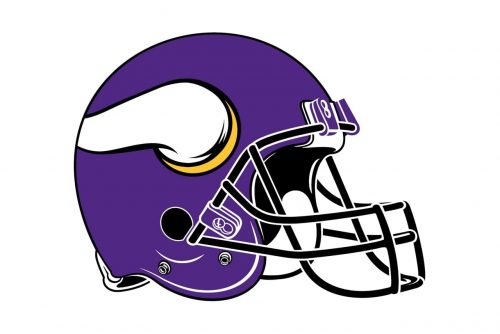 The Minnesota Vikings’ helmets feature a solid purple surface with a white stylized image of the horns on its sides. The white horns are coming out of the gold rings, just like on the Norseman image. The grill is colored black, which adds a sense of courage and confidence. 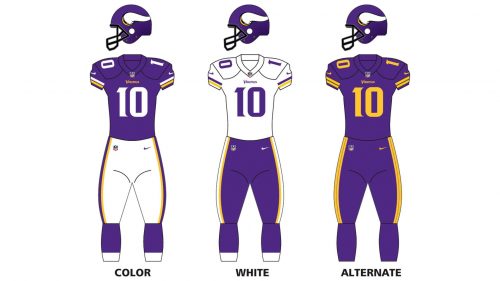 The Minnesota Vikings’ uniforms are designed using the two main colors — white and purple, with small yet important yellow details. For the home games, the team wears purple jerseys with white numbers and yellow decorative elements and white pants with purple side stripes. As for the road uniforms — they are composed of white jerseys with purple player’s number and purple pants with white and yellow stripes.