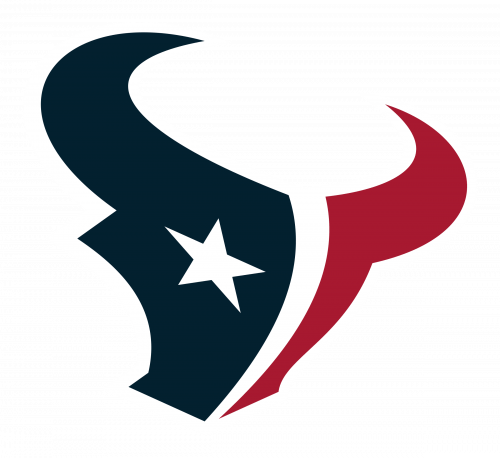 Houston Texans are one of the members of the South Division of NFL. The professional rugby team was established in 1997 in Texas but started playing only in 2002. Today the team is owned by Janice McNair with Bill O’Brien as the head coach and general manager at the same time.

The relatively young team has only had one logo during their history, and it became official only in 2002, five years after the team’s foundation, as this was the year their first game happened.

The initial and the only logo for Houston Texans is a celebration of the team’s roots and heritage. Executed in blue, red, and white, the American flag’s tricolor palette, the emblem depicts a stylized bull’s head, as a tribute to Texas, the state the team plays for.

The “Houston Texans” inscription is placed under the emblem and executed in two colors — red for “Houston” and blue for “Texans”, both parts of the wordmark feature a thin white outline. The lettering is written in a custom sans-serif typeface with straight lines and sharp cuts of the edges.

As for the color palette, blue, red and white are one of the most popular combinations, as it is a perfect reflection of passion, loyalty, and reliability, in addition to patriotic mood and fighting spirit. 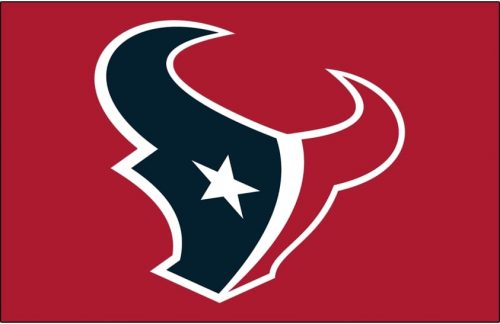 The blue and Red Bull’s head features a thick white outline, which perfectly balances the white star, placed on the blue half of the image. The star here is one more reference to the Houston Texans’ state — as Texas is commonly known as The Lone Star State. 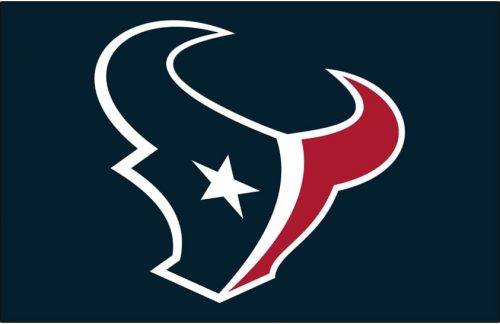 For the emblem, the team placed the iconic bill’s head on a black background, which creates a strong contrast and makes the image brighter and more visible, reflecting professionalism, authority, and determination of the team. 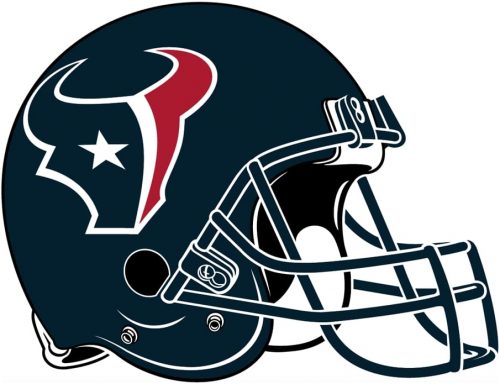 The Houston Texans helmets are stylish and sleek due to the right use of colors. The iconic bull is placed on a dark blue background and the grill of the helmet features the same color. The design looks balanced and solid. 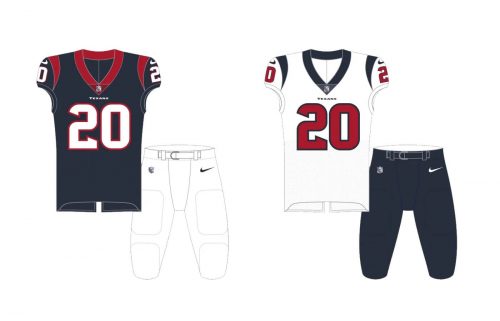 The uniform of the Houston Texans is based on three official team colors — navy blue, red, and white. For the home games, the team wears a navy-blue jersey with white numbers and red decorative elements, and white pants with red stripes on the sides. As for the road games, there is another uniform — a white jersey with red numbers and blue details, and navy-blue pants with red side stripes.