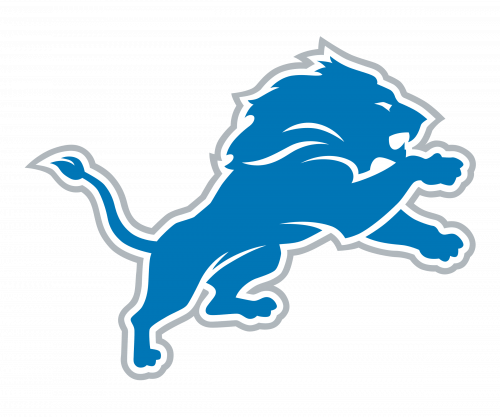 Detroit Lions are one of the rugby teams from the NFL’s North Division, which was established in 1930 in Michigan. The team is very well-known across the country and has won 4 championships during its history. Today The Lions are owned by Martha Firestone Ford and have Matt Patricia as the head coach.

Throughout their history, Detroit Lions have redesigned the logo for five times, but the main hero, the lion, has always been there. As for the color palette, it was chosen already in the 1940s and has barely changed by today.

The initial logo, designed for Detroit lions, depicted a football player with a rugby ball standing near the roaring lion. It was the most detailed and ornate logos among all the team has had during its history. This image stayed with the Lions for almost ten years.

The next version of the logo, created in 1946, was completely different. It was the beginning of the minimalist visual identity era — the white lion in a thin blue outline was placed on the background composed of two vertical stripes — blue and gray. This color palette is still in use by the team nowadays.

In 1960 the new logo was designed. The jumping lion, resembling ancient heraldic emblems was executed in solid blue with a white outline. It was a prototype of the logo we all know today but started being official only in the 1970s.

The redesign of 2003 brought modified contours and the external outline changed its color from the iconic Detroit Lions blue to black in order to make the whole image brighter and more remarkable.

The lion gained white accents and details in 2009. Still executed in the same color palette, it slightly changed its shape to more vertical and now the emblem started looking bolder and the sense of courage and power appeared.

The redesign of 2017 only changed the color of the external outline again. The team came back to its original color palette from the 1940s, replacing black color with the light gray, the shade evoking a sense of authority and loyalty. 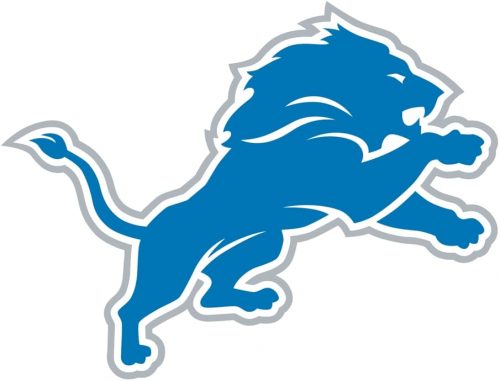 The symbol of the famous rugby team is the blue jumping lion, which represents the strength and courage of the players, along with their professionalism and willingness to move forward and win. 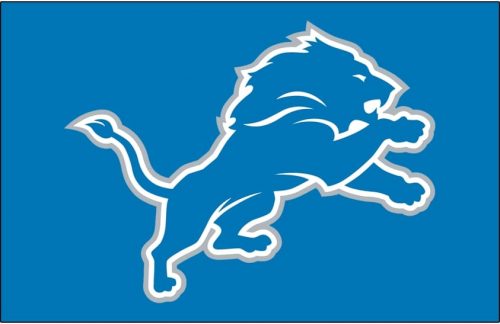 On the team’s emblem, the blue lion with white accents is usually placed on a blue background, where the light silver outline makes the image more vivid and dynamic. Another version of the emblem depicts a blue image with a white outline on a silver background, this variant looks calmer and more sophisticated. 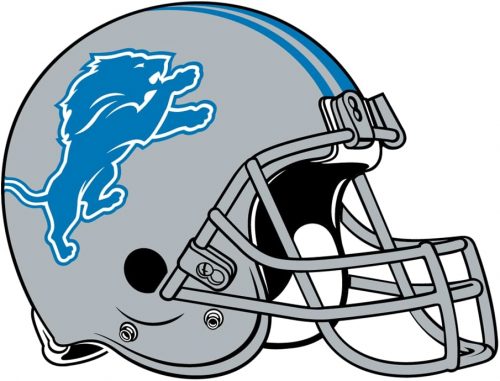 The design of the Detroit Lions helmets was introduced in 2017 and featured a silver-gray background with a blue lion on the side. There are also two thin blue stripes in the middle of the helmet and the grill featured the same silver-gray shade, 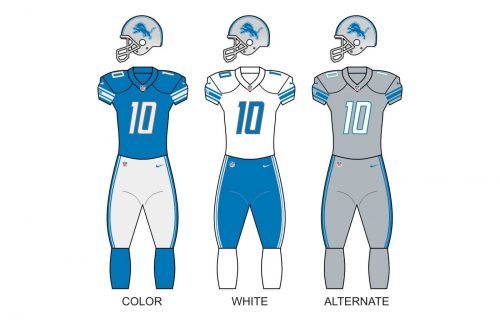 The uniform of the Lions is also executed in the official club’s color palette: blue jersey with gray shoulders and white players number in gray outline is complemented by gray pants with blue stripes on the sides.

For the road uniforms, the team chooses white jerseys with blue accents and the same gray pants. The modest and simple style and color scheme only add to the sense of professionalism and authority.