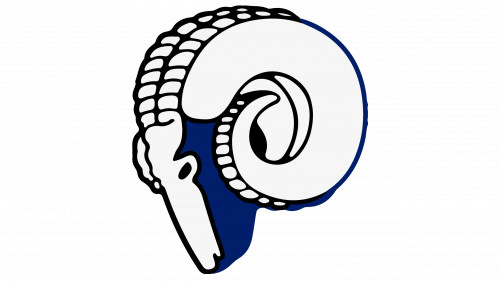 Cleveland Rams were the original name of the today-famous Los Angeles Rams, a professional NFL rugby franchise. The team played under their original name from 1936 to 1945, until their relocation to Los Angeles, California.

Playing for Cleveland, the Rams have changed two logos, but they both were exe-cuted in one style and color palette, celebrating the animal symbol of the team — a ram with its beautifully curved horns.

The very first logo for the Rams was drawn in 1941. It was a pretty detailed image of the animal’s head in profile, looking to the right. The ram was executed in blue and white, with the main accent on its horn, colored in the bright and intense shade of blue.

In 1944 the animal’s head gets a new direction and new contours. The style of the image is more modern a one and the added black color makes the logo look more stylish and professional. The horn is now white in a black outline, while the part of the ram’s face is blue, which makes the animal look mysterious and cool. 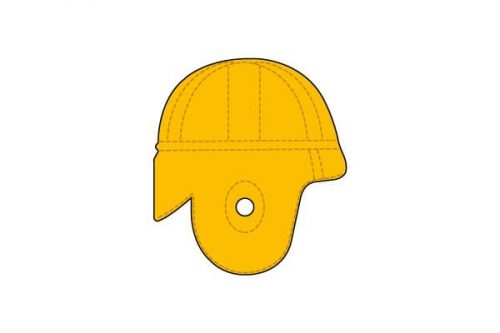 Though the official color palette has always been built mainly on blue and white, the franchise’s helmets have been executed in various intense colors during the years. It all began with a plain red leather helmet, which turned into blue in 1938, and be-came yellow in 1939. After bringing back the navy blue later, the team played in yel-low helmets for the last three years before their relocation to LA.

As for the uniforms, the Cleveland Rams mainly wore jerseys and pants in navy blue and white, with modest decorative elements of contrasting colors.