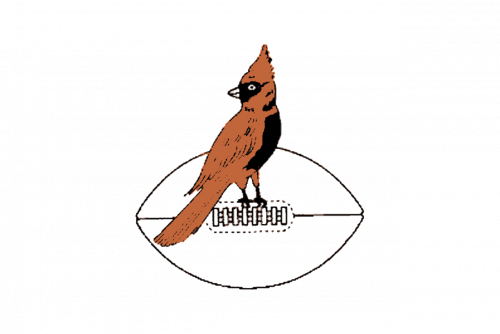 Chicago Cardinals was the initial name of today’s famous Arizona Cardinals professional rugby club, established in 1920. The team played under their original name since its foundation and until 1959 when they relocated to St.Louis.

The Chicago Cardinals team had a pretty long history, including one major visual identity redesign, which was held in 1947 and brought an animalistic symbol to the franchise.

The initial logo for the Cardinals was designed in 1920, in the same year when the franchise was established. It was a simple stylized monogram, consisting of a big wishbone “C” with a smaller one inside. The burgundy-red color looked professional and sleek and floater got the name “Cardinal-red”. The logo wasn’t used for a year in 1944, when the Cardinals merged with Pittsburgh Steelers for a season, forming Card-Pitt. But in 1945 the original emblem started being used by the team again, until the redesign of 1947.

For the next decade, the team’s logo was composed of a cardinal bird in orange, standing on an enlarged white football in a thin black outline. The dark orange, closet to the brown, shade of the bird was balanced by black details, adding solid-ness and confidence to the overall picture. 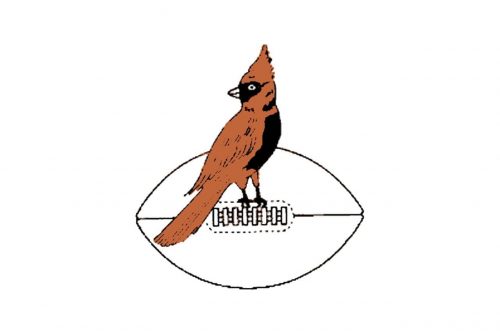 The cardinal bird has been the symbol of the team since the 1940s. A representa-tion of freedom, speed, and balance, was later redesigned many times, but the spir-it and mood remain the same even today. 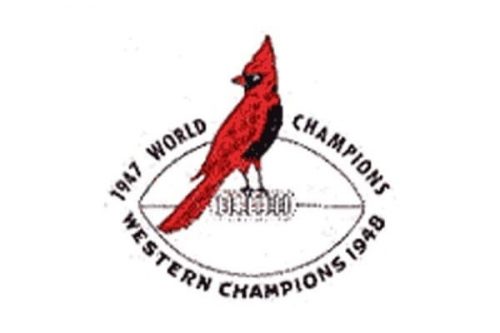 In 1958 a new emblem for the team was designed. It later became an official logo for Arizona Cardinals. The emblem depicted a huge running red bird, wearing a rugby uniform, and holding a football in its wing. The “Chicago Cardinals” wordmark in all capitals was written in cardinal-red and accompanied by the “1958” number in the bottom. 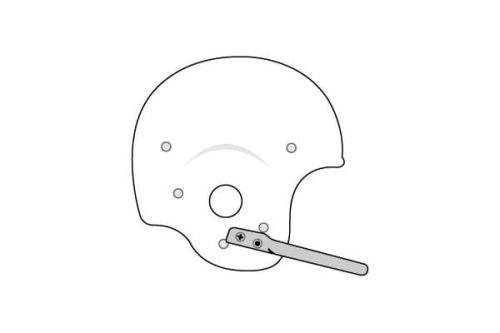 Starting the 1920s, the team used various shades of red and white for its helmets. During the time of Chicago Cardinals, the franchise hasn’t started placing the em-blem on the helmets, so the design was pretty simple and minimalist. The only ex-ception was for the period of 1935 — 1936 when the red leather helmet was complemented by small white panels.

The uniforms of the team during the 1920s — 1950s period were composed of jer-seys and pants executed in red and white, where the red top with white bottom al-ternated with white jerseys and red pants with white side stripes.