The Chicago Bears are definitely one of the main names in American Football. The team was established in 1920 in Decatur and today is one of the two oldest teams in the NFL. The Staleys moved to Chicago in 1921 and got their new name in 1922.

The initial logo was designed for the team with the name Decatur Staleys, and it was a simple rounded emblem, executed in blue, orange, and white. This color palette still stays with the team and is a signature instantly recognizable combination. 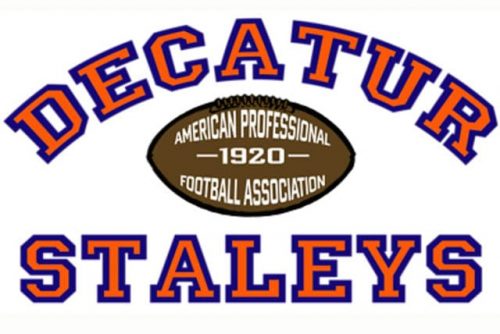 The first redesign was held after the move of the team to Chicago. Now the logo was composed of a brown football with white details and a bold orange wordmark with a blue outline.

The Bear first appeared on the logo in 1940. The Chicago Bears insignia, designed this year, was composed of a big brown animal running with a football.

The redesign of 1946 brought a more modern look to a bear and a football. Now the blue animal was crawling on an enlarged orange football, placed horizontally. This emblem stayed with the team for almost 30 years.

In 1962 the famous wishbone letter “C” first appears in the Chicago Bears visual identity. It was a white symbol with a black outline.

Today the team uses the logo, designed in 1974. It is a modified version of the wishbone “C”, executed in the original orange, blue and white color palette.

The Chicago Bears also have a strong and solid logotype, which is sometimes used under the “C”, and sometimes – on its own. It is an inscription, executed in a bold sans-serif typeface, which is very close to OL London Black font. There are two different color options, depending on the background — the lettering can be whether in orange or in navy-blue. 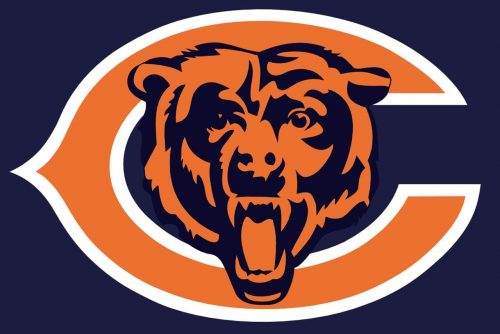 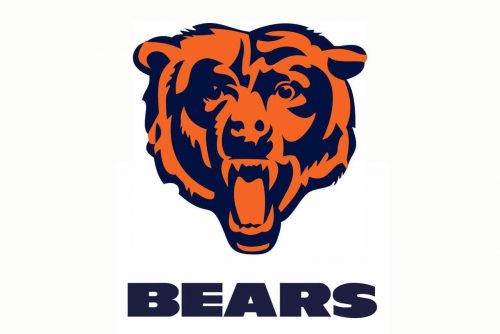 The iconic symbol of the team is the head of the roaring bear, which was designed in 1999, based on the original image from 1963. The head is executed in the team’s official color palette — orange and dark blue, the colors, symbolizing energy, power, and excellence.

Since the 1960s, The Chicago Bears have been using one and the same minimalist yet remarkable helmet design — the wishbone “C” is placed on a solid blue background. During the first years, the “C” was in white, but in 1974 it became orange. Today’s helmets in navy blue have an iconic letter in orange with a delicate white outline. 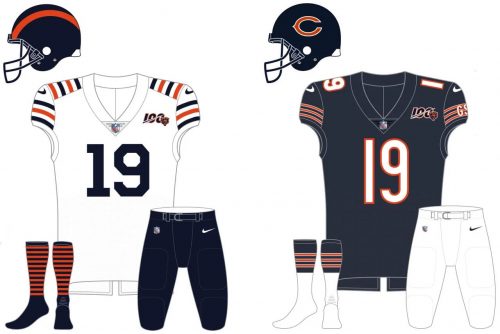 In addition to blue and orange helmets, The Chicago Bears uniform includes a jersey in the same color palette and white pants with bright side stripes. The player’s number is placed on both the front and back sides of the jersey and executed in bold white digits with an orange outline. The uniform looks powerful and evokes a sense of authority and professionalism, being at the same time instantly recognizable.