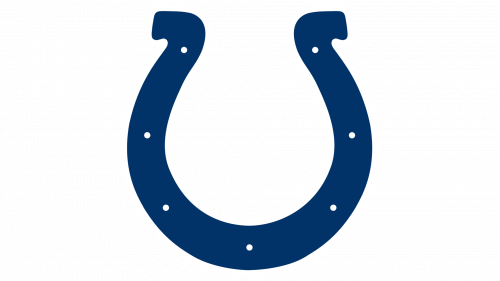 Baltimore Colts was the name of the professional rugby team from Maryland, which existed from 1947 to 1983 and was owned by Abraham Watner. Since 1984 the team has been known as Indianapolis Colts.

The visual identity of the Baltimore Colts takes the biggest part in the design history of the famous Indianapolis franchise, as the official color palette, style, and the main symbol for the team were created while the franchise was located in Baltimore.

The original design celebrated horse-riding along with football and depicted a solid blue jumping bronco in a helmet with a rugby-ball. That was the only team’s logo with the inscription, and it was even bigger than the horse image, yet executed in white, having a thin blue outline.

The logo was simplified in eight years, the lettering and an obstacle the horse was jumping over, got removed, and the graceful animal with rugby attributes became the only element of the team’s visual identity. The white football helmet became more visible, as the whole picture got endanger and now the bright blue horseshoe could be seen on it.

Later, in 1972, the logotype “Colts” was created. Written in a sleek and bold serif font, it featured a rich blue color and was perfectly balanced in terms of spacing and size.

For the four last years of Baltimore Colts, the new logo was designed. As in the case with the horse and an obstacle, designers decided to remove the “unneces-sary” details, leaving a single horseshoe on the logo. It was a bright blue image with white small details. The horseshoe was placed vertically, symbolizing luck and happiness. 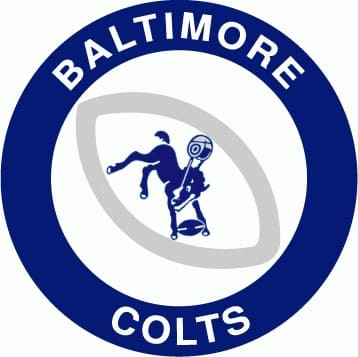 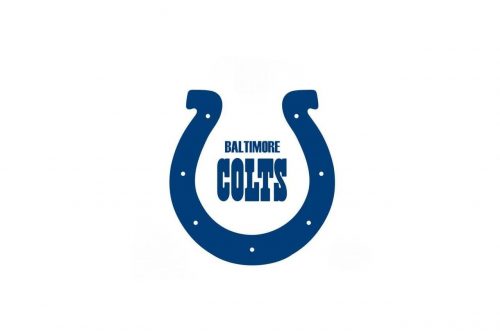 The Colts’ horseshoe is one of the most well-known graphical symbols in the histo-ry of American football. This simple yet very elegant and meaningful image, born in 1961, stays with the team today, bringing them good luck. 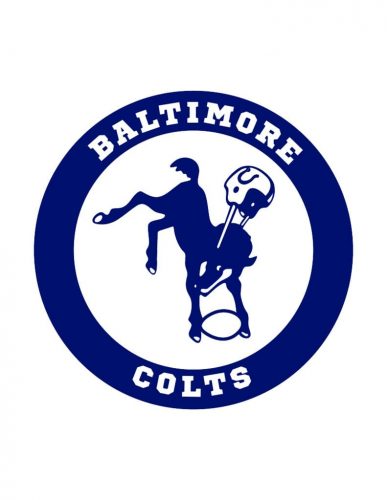 Besides the horseshoe with seven white grommets, the Baltimore Colts had one more emblem, which has been in use in the 1960s — the blue horse enclosed in a light gray silhouette of a football, placed diagonally into a circle with a thick blue frame. The variety of geometric shapes and a bright color palette made the emblem look interesting and very modern. 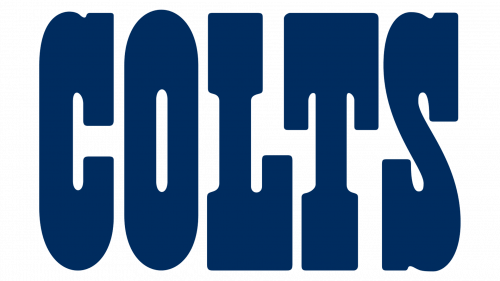 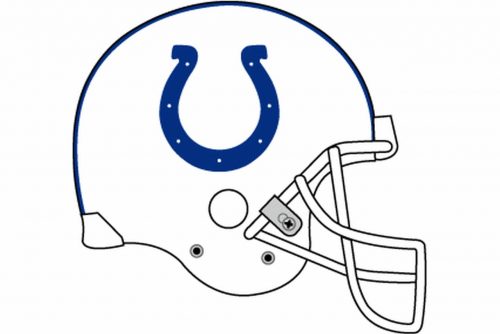 Throughout their long history, the Colts have changed several helmets designs, but their most popular and long-lasting one was the whole helmet with the blue horse-shoe on the sides. Another detail of the helmet was a thick blue line coming through its middle part.