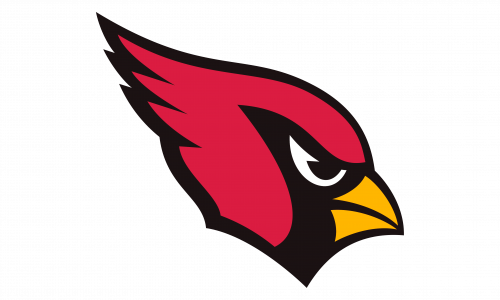 Arizona Cardinals are one of the NFL teams, which was founded in 1898. The rugby club is considered to be the oldest in the United States, and one of the most recognizable teams in American football history. 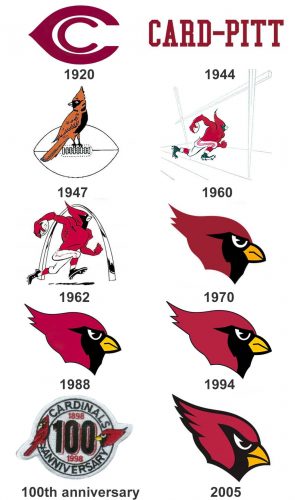 As the most part of all the NFL teams, The Arizona Cardinals have had several names and visual identity concepts throughout its history. Originated in Chicago, Illinois, the team then moved to Arizona. But the name and the symbol were born due to the University of Chicago, which had a bird as its symbol, and the famous red color as the main. 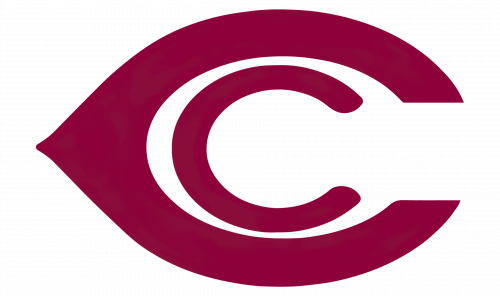 The team was established under the name “Chicago Cardinals” and for the first 14 years, its logo was a stylized “CC” monogram in the burgundy red color. The wish-bone C color was called a cardinal-red and is still in use today. 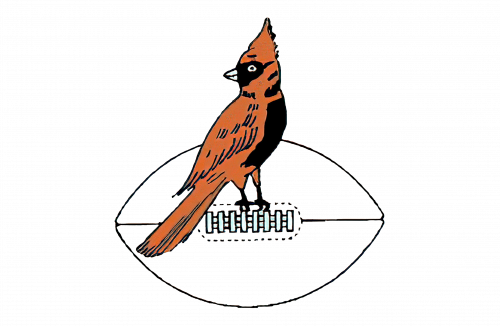 Still using its original name, the team redesigned its logo in 1947. Now it was a black and brown cardinal bird standing on the white football with a delicate black outline. The eagle became the symbol of the team and never left its visual identity since that time. 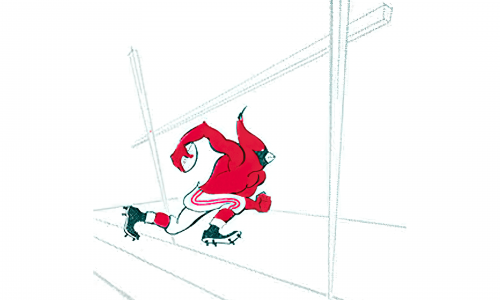 In 1960 the eagle started to be drawn in the today-known red and black color com-bination. The first version of the new style logo was a running eagle in football boots with a white rugby ball. It was a powerful and full of energy emblem, which perfectly reflected the spirit and strength of the team. 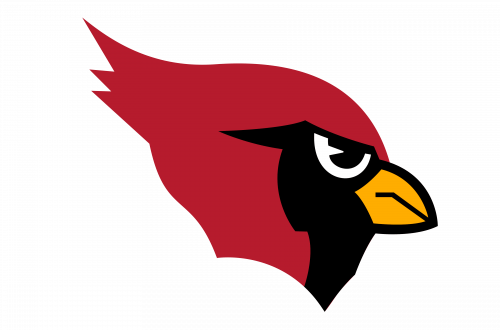 The prototype of today’s Arizona Cardinals logo was introduced in 1979. It was the head of an eagle in profile. The bird was watching right and has a strong and confi-dent look. The head was executed in dark red and black with a bright yellow beak, which added a positive and energetic touch. 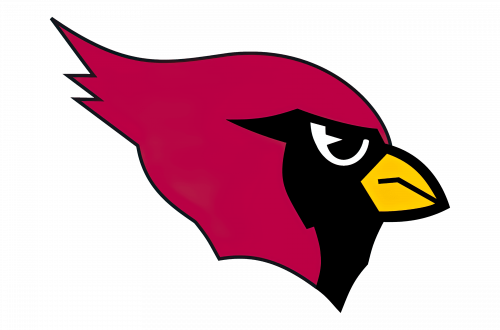 In 1988 the eagle-head logo was just slightly refined, keeping the original contours and color palette. The symbol of Arizona Cardinals became instantly recognizable across the world as a graphical representation of the American oldest rugby team. 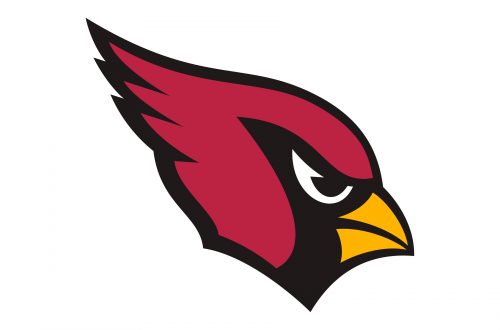 The logo was modernized in 2005. The color palette remained untouched, but the style and lines of the head became smoother and bolder. Elongated parts of the contour add confidence and power to the whole picture, showing the team as strong and progressive. 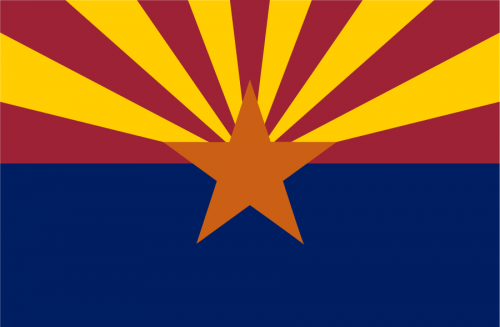 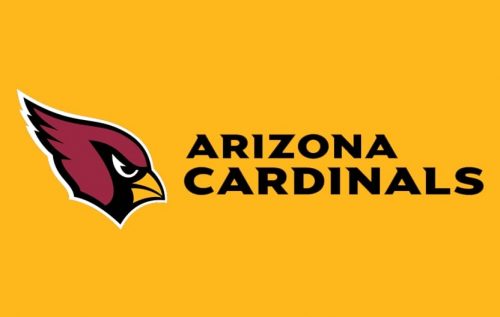 The red cardinal bird head has been a symbol of the Arizona Cardinals football team since the 1960s. The red eagle stands for freedom and strength, reflecting also speed and power. It is a perfect animal to show the special team spirit and their place in the history of American football. 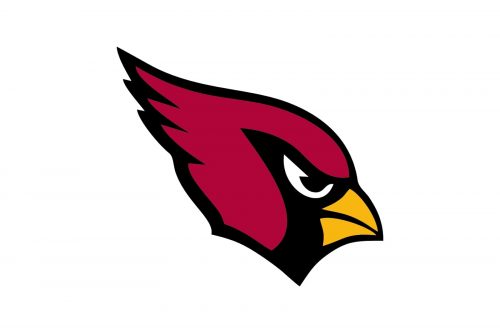 The current emblem of the team is the red cardinal head, placed inside a colored square with a contrast wordmark in all caps. The lettering is executed in a bold and modern sans-serif typeface with some lines elongated and angles pointed.

The colors, usually used for the emblem are red, black, white, and yellow, just like the ones on the eagle’s head. 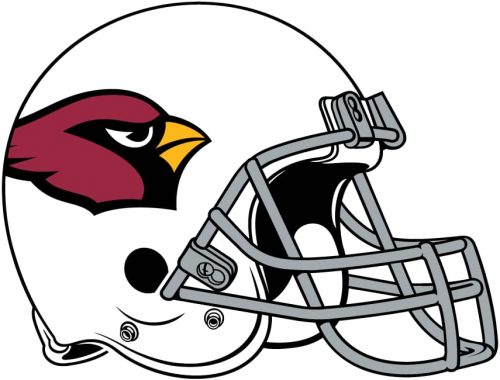 The current helmet design of Arizona Cardinals was created in 1988 and only mod-ernized and modified by today. The team wears white helmets with the red bird emblem on the side. It looks great due to a strong and bright contrast. The last chance of the helm design was made in 2005 when the new logo was introduced. The contours of the bird became black, which made it look stronger and crispier.

The white main color of the team’s helmets adds freshness and brightness and works perfectly on the green grass field background. 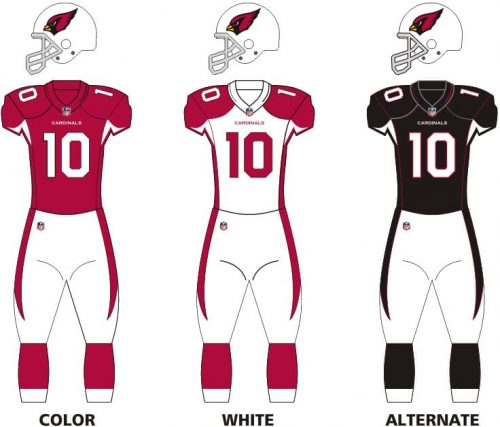 The uniform of Arizona Cardinals is executed in red and white, where red is for the team’s jets rays, and pants are white with delicate red details. The number of the player is drawn in white. This color combo is a reflection of power, progress, and a will to fight and win.

For the road uniforms, the team uses a lighter version of jerseys — they are white with red details, and the player number is also drawn in red. The helmets and the pants are the same as in the main uniform — white.