American football may seem like an odd curiosity to some. Yet it remains the most popular type of this game in the US alone. The National Football League events are also the most attended ones in the world with more than 67 thousand people enjoying it every year. We have compiled basic facts that will help you with the key American football points. 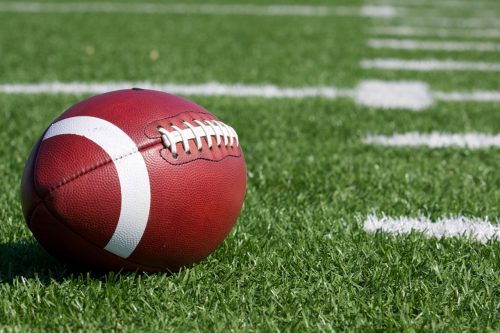 American football does share some similarities with European football. However, there are plenty of differences in playing styles, structure, and player training.

The game of American football as we know it today was developed in the 1890s by Walter Camp. This prolific rugby player, who first studied and then coached in Yale, took the basic rugby rules and molded them into something different over time. 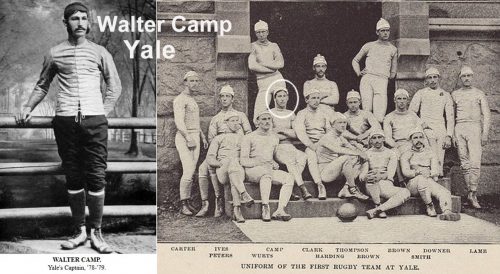 How big is an American football field?

A typical American football field has standard dimensions with a total width of 53 ⅓ yards (160 feet) and a length of 120 yards (360 feet). It is rectangle-shaped and divided into several parts: the playing field and two end zones. The playing field is 100 yards long, and both end zones on either side are 10 yards deep. The aforementioned dimensions are used in both professional and college (or school) level football.

How many games are in a professional American football season?

There are currently numerous American professional football leagues in the US alone. However, if we are talking about the National Football League, it consists of 256 games per regular season.

How long is an American football game?

A standard American football game can last 3½ – 4 hours. This is typical for both professional and college matches. Each game is divided into four 15-minutes quarters. However, several breaks and different stoppages (such as a player running out of bounds, penalties, timeouts, etc) significantly prolong the total game duration. 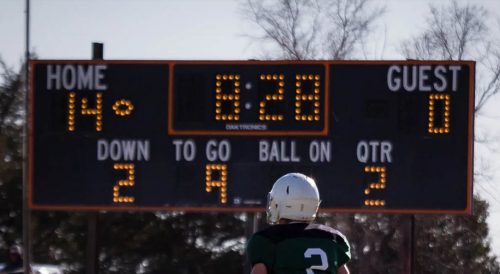 How many players are on an American football team?

An American football team has 11 players on a field. There are also 4 substitute players waiting on the sideline. Any team can replays field players with substitutes between downs.

How do American football scores work?

A scoring system in American football is based on collecting points throughout the game. The goal is to beat the other team by collecting the most. Touchdown is 6 points, a field goal is 3 points, safety is 2 points, and extra points are 1 or 2. 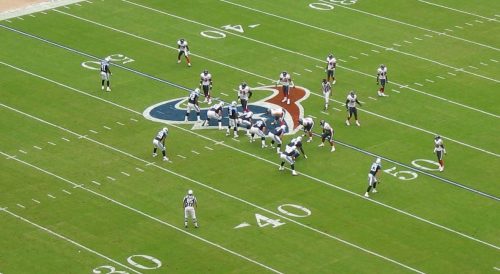 How much does a football weigh in American football?

In American football, an average ball must weigh between 0.8750 pounds and 0.93750 pounds. These are standards set by the National Football League (NFL). They are the same for every professional and college football team.

Why do American footballs have laces?

Footballs for the American football game used to be made from pig bladders and therefore required laces to keep them together. Modern footballs are made of rubber, but the lacing remained. It doesn’t serve purely aesthetic purposes though: the lace helps a quarterback to maintain a better grip and sometimes lets a kicker send the ball. 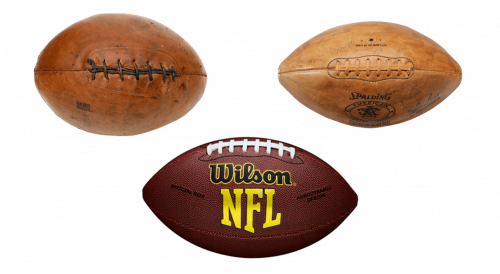 What is a pick play in American football?

A pick play is an American football technique partly borrowed from basketball. Two players from the same team go downfield. The first one, covering the second one, rushes to an area where a defender runs through, blocking the latter of the route. The second player catches the pass. The pick is allowed within a yard of the line of scrimmage.

What is a touchback in American football?

A touchback is an American football ruling that occurs then a kicker sends the ball into the end zone. It can happen when a player either catches it and “takes a knee” or kicks it into and out of the end zone. After a touchback, the receiving team begins offensively at the 20-yard line.

What is a targeting penalty in American football?

A targeting penalty is a safety measure created for college football. It bans the so-called “targeting”: making forcible contact to the head or neck of a defenseless opponent or intentionally hitting any part of the opponent’s body with the top (the crown) of the helmet. 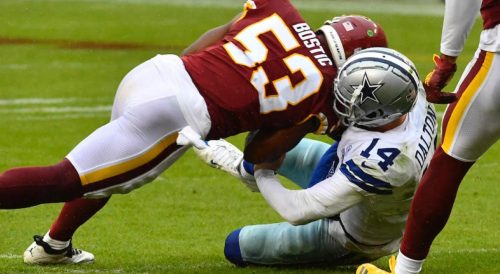 What is safety in American football?

Several mistakes in Americaт football can lead to safety. An offensive player with the ball can be either tackled inside their team’s endzone or step out of bounds. If the offensive team’s penalty leads to the ball ending up with the ball being placed within the endzone, a safety occurs as well. The opponent gets 2 points.

What does OTA mean in American football?

OTA stands for Organized Team Activities: a set of training sessions held in-between NFL seasons. OTAs typically last 9-10 days and are volunteer and are optional, even though some veteran players are required to attend at least one. No live contact or team offense is permitted during OTAs.

How is college football different from professional football?

College football is not yet completely professional but is still extremely popular, with a huge following. However, there are several differences between the NFL and the NCAA (National Collegiate Athletic Association). College football has different ruling for pass reception, a two-point conversion, two-minute warning, defensive holding, the game clock, overtime, and down by contact.

XFL is a professional American football league, with 8 teams as of 2021. Curiously enough, it has never been officially confirmed whether the name stands for Xtreme Football League or not. Some of the XFL’s rulings are different from the NFL, intending to make the games faster and safer. 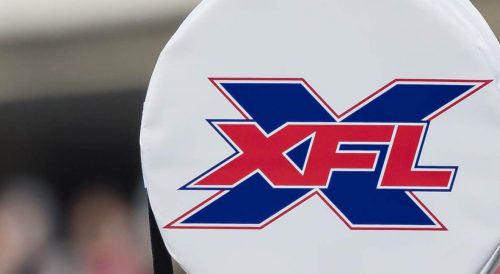 What is Division I in American football?

NCAA’s Division I, or D-I, is the highest level of intercollegiate athletics. It gives college athletes an opportunity for the college to receive one of the estimated 10,000 football scholarships. While even the famed D-I football players are not allowed to make money on their skills, some of them can get their college expenses covered thanks to the scholarship. Some of those players eventually make it into the NFL.

How many American football teams are in Division I?

Division I has 130 schools in the Football Bowl Subdivision (FBS). Each school is essentially a team.

How much do American football players make?

When it comes to wages in American football, the best examples can be found in the NFL, since the college football players, no matter how good they are, are not allowed to profit from their skill. A minimum annual salary for an NFL rookie rooster is $480,000, which increases each year.

What is NFC in American football? 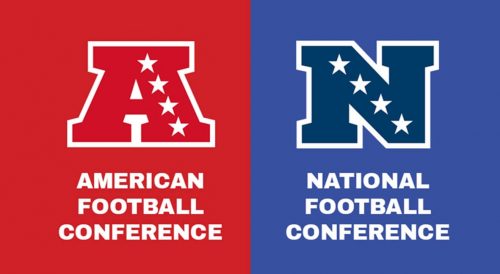 Every avid American football fan is familiar with a song titled Waiting All Day for Sunday Night, a theme tune for NBC’s Sunday Night Football. For eight seasons it has been performed by six-time Grammy Award-winner Carrie Underwood. The legendary country singer Faith Hill used to perform it before Carrie.